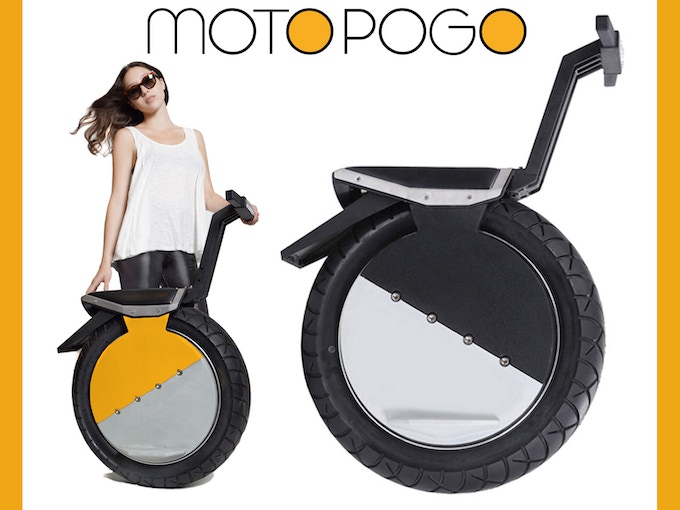 It wasn’t too long ago that we were all amazed by the introduction of the Segway – How can a vehicle with just two side-by-side wheels stay upright? we wondered. Since then, however, contraptions such as the Solowheel and OneWheel have shown that even a single wheel will work. The SBU and U3-X added a seat but took away the handlebars from the concept, while the Ryno has both a seat and bars. Now, Montreal-based entrepreneur Carl Dagenais is throwing his hat in the one-wheeled-scooter ring, with the Moto Pogo. 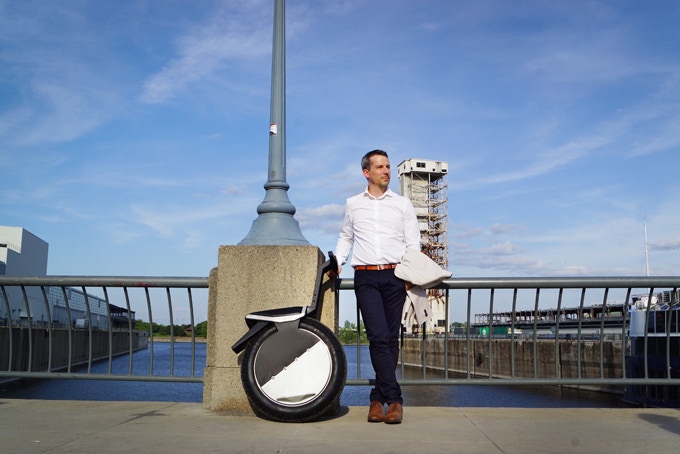 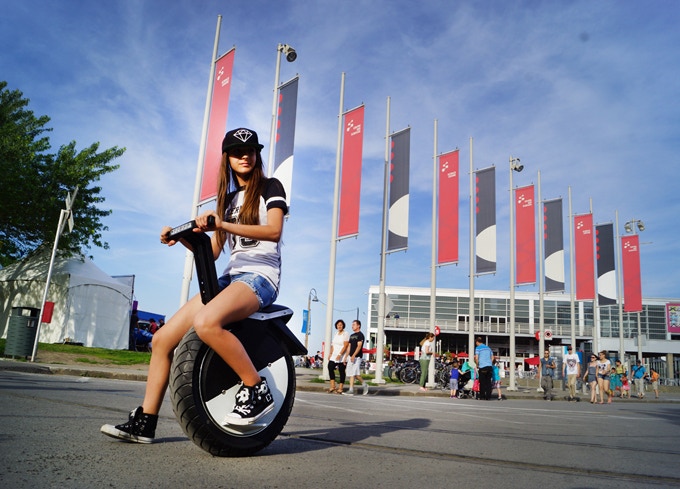 As with a Segway, users get the Moto Pogo to move forward by leaning their body forward, and slow it down by leaning back. Gyroscopic sensors and accelerometers within the vehicle ensure that the rider stays centered above the wheel, by subtly adjusting the speed to compensate for their shifting center of mass. 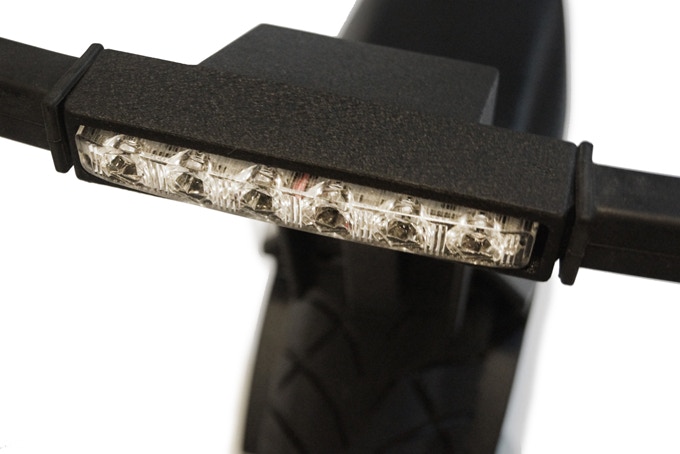 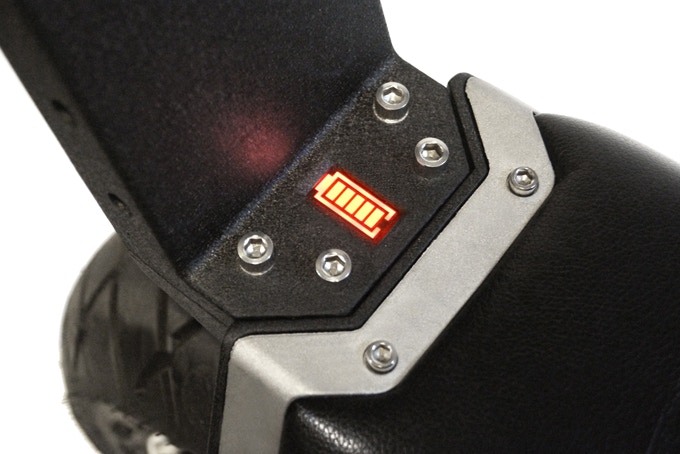 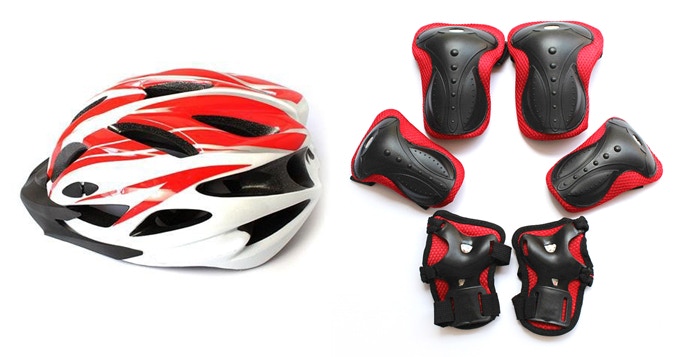 A 60-volt 10-amp lithium battery powers the scooter’s 500-watt brushless hub motor, which manages a top speed of 25 km/h (16 mph). Charging that battery takes three to five hours, with one charge being good for about 30 km (19 miles) of use. 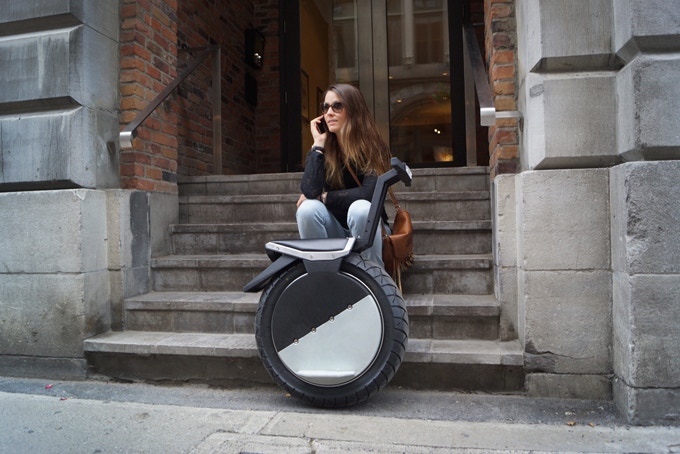 Other features include a full aluminum frame, front and rear LED lighting, regenerative braking, and a built-in rear mud flap. The Moto Pogo weighs 29 kg (64 lb) and can carry a maximum payload of 330 lb (150 kg). 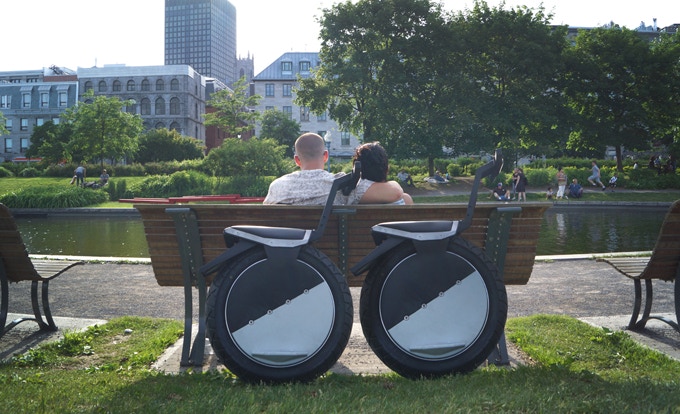 If you’re interested in getting one, Dagenais is now raising production funds on Kickstarter. A pledge of CAD$2,200 (about US$1,790) will get you one, assuming all goes according to plans. The planned retail price is CAD$2,500 (around US$2,035). 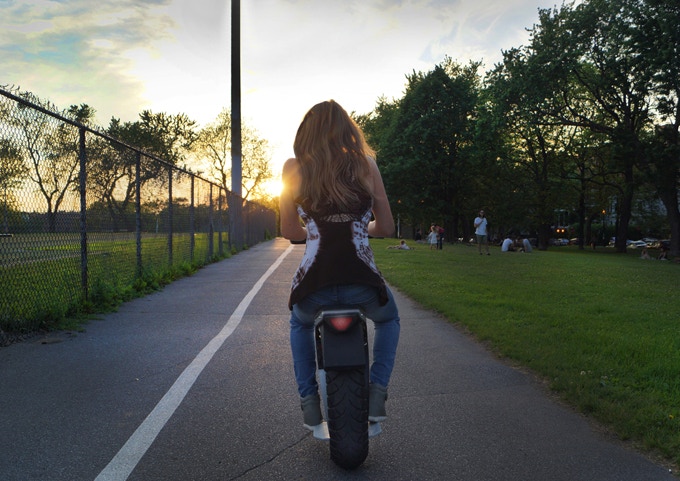 At an estimated price of about $3,500, the likewise not-yet-in-production Ryno will be considerably more expensive, although it has a higher top speed (40 km/h or 25 mph) and a longer range (48 km/30 miles). The $1,595 EcoBoomer iGo’s performance specs are much closer to those of the Moto Pogo, although it doesn’t look nearly as … motorcycle-ish.