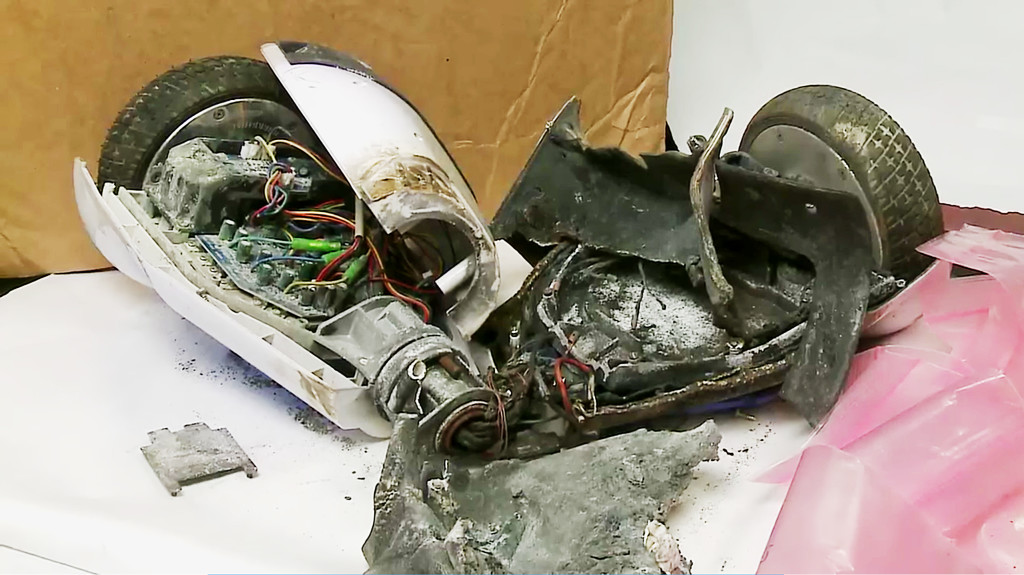 IT’S GENERALLY HEALTHY to think in shades of grey; things are rarely either all good or all bad. Except, it turns out, hoverboards, which the Consumer Product Safety Commission has officially warned are unsafe. All of them. For now, anyway.

The CPSC letter, addressed to the “manufacturers, importers, and retailers of self-balancing scooters,” urges those involved parties to make sure their devices meet the standards established by Underwriters Laboratories (UL), a group that certifies thousands of products as safe for human use. Failure to comply will result in rigorous action.

It’s a helpful way to separate the dangerous hoverboards from the safe ones. Or would, be, anyway, in a world in which hoverboards of every stripe didn’t keep catching on fire.

“No hoverboard has passed the certification process at this time,” says John Drengenberg, UL’s Consumer Safety Director. That’s right! None. Zero. Zilch. There’s not a single hoverboard being sold today that has a safety seal of approval.In fairness, that doesn’t mean there won’t be one soon. Drengenberg says that the hoverboard testing process generally takes about two weeks, and the new standards were introduced not quite three weeks ago, on February 2. It also means, though, that there’s been enough time for a device to make it out of UL’s labs with a clean bill of health. None has.

As for what’s going wrong? The well-publicized fires should be a good hint.

There’s not a single hoverboard being sold today that has a safety seal of approval.

“One of the most common problems when a test is failed is what we call the ‘temperature test.’ That’s nothing more than operating the product under certain standards specifications and seeing how hot the various components inside gets,” says Drengenberg. “It’s one of the more common failure modes that a manufacturer might see.”

As failures go, it’s an significant one. Drengenberg says that if the wires, motor, battery, or any other components overheat, it might lack strong enough insulation to keep the construction materials from softening or failing. Or, in extreme but plausible cases, burning.

It also might mean that it’ll be some time before we see a UL certified hoverboard on the market. Manufacturers whose products fail may need to redesign key components to insure there’s enough ventilation—or whatever the fix may be—and resubmit their device, at which point it’s another two weeks of testing before it gets the UL okay.

Until then, CPSC is emphatic that hoverboards are not fit to ride. No hoverboard manufacturer has returned our request for comment. Amazon, which currently offers several hoverboards without UL certification for sale, has not yet responded as to whether they’ll remove products from shelves until certification has been achieved.

When asked if he would ride any hoverboard himself, today, Drengenberg replied, “Not in its present state. I certainly wouldn’t want it charging in my house.”

Menu
PrevPreviousWhy Hoverboards Are Catching Fire and How To Avoid It?
On Key