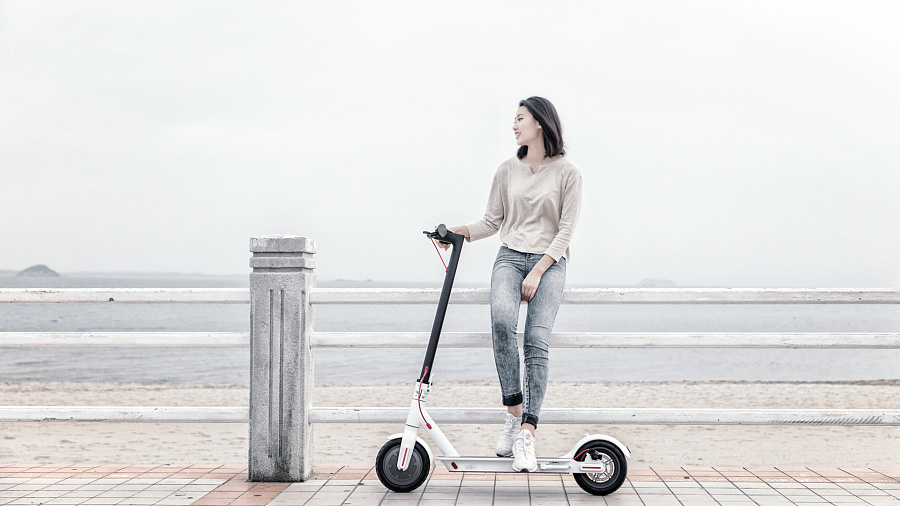 Xiaomi launched its first two-wheeled self-balancing scooter named Ninebot mini in October last year, and, the Qicycle Electric Folding Bike in June this year. The company and its partners are no strangers to electric vehicles, and a teaser from last week had indicated the launch of a new electric vehicle on Monday. Now, the company has launched its Mi Electric Scooter on its MIJIA crowdfunding platform in China, with aircraft grade aluminium alloy body and a portable folding design. The new foldable electric scooter has been priced by the company at CNY 1999 (roughly Rs. 19,500) and will be available from December 15.

The Mi Electric Scooter has a top speed of 25kmph and comes with LG 1850 EV-lithium ion battery with a battery capacity of 280Wh. The scooter comes with instantaneous power of 500W. There is an E-ABS anti-lock braking system present at the front wheel while the double disc braking system ensures that the scooter comes to a halt quickly in a smooth manner.
Interestingly, the Mi Electric Scooter can be folded with just a button press and takes just three seconds to compress itself. The electric scooter comes with a Kinetic Energy Recovery System that converts kinetic energy to electrical energy and works towards increasing the battery life of the scooter. Users can adjust the value of this energy recovery system from the app itself.
The scooter can be connected with user’s smartphone via Bluetooth and allows users to track their speed, battery life, and battery health etc. The Mi Electric Scooter weighs just 12.5kg and can therefore be carried around with relative ease.

The Mi Electric Scooter will be made available in White and Black colour variants. Even though the company has not announced any release plans for other countries, like many other Xiaomi products, its availability is likely to be restricted to China.