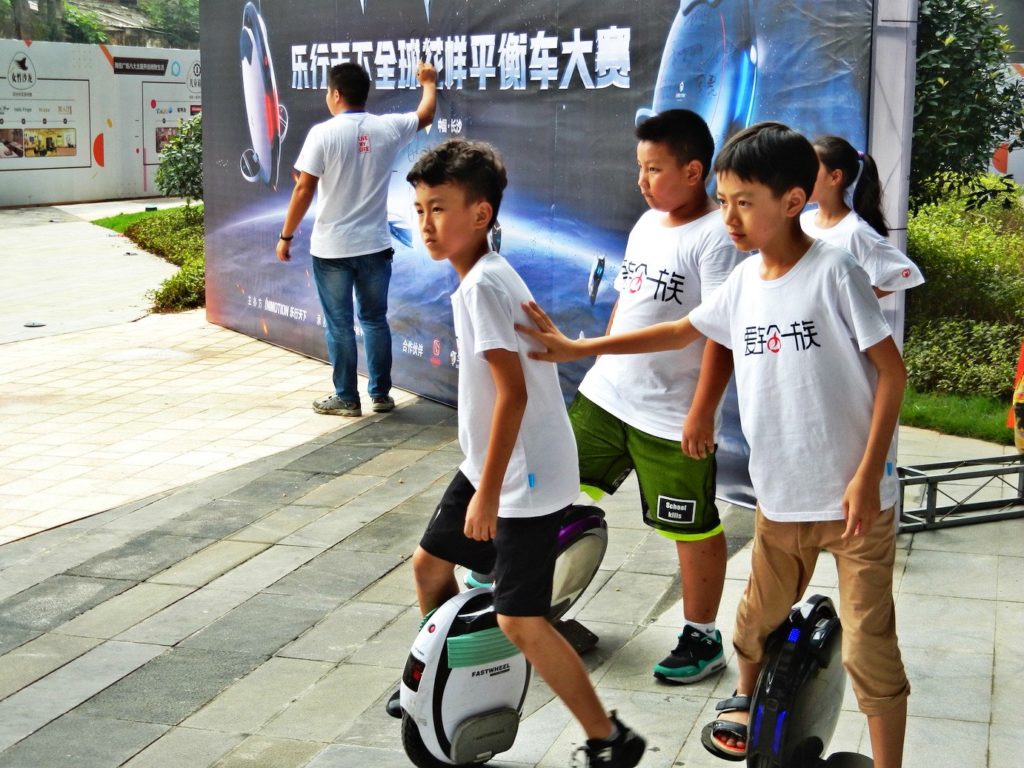 3mins show made by WHEELive! 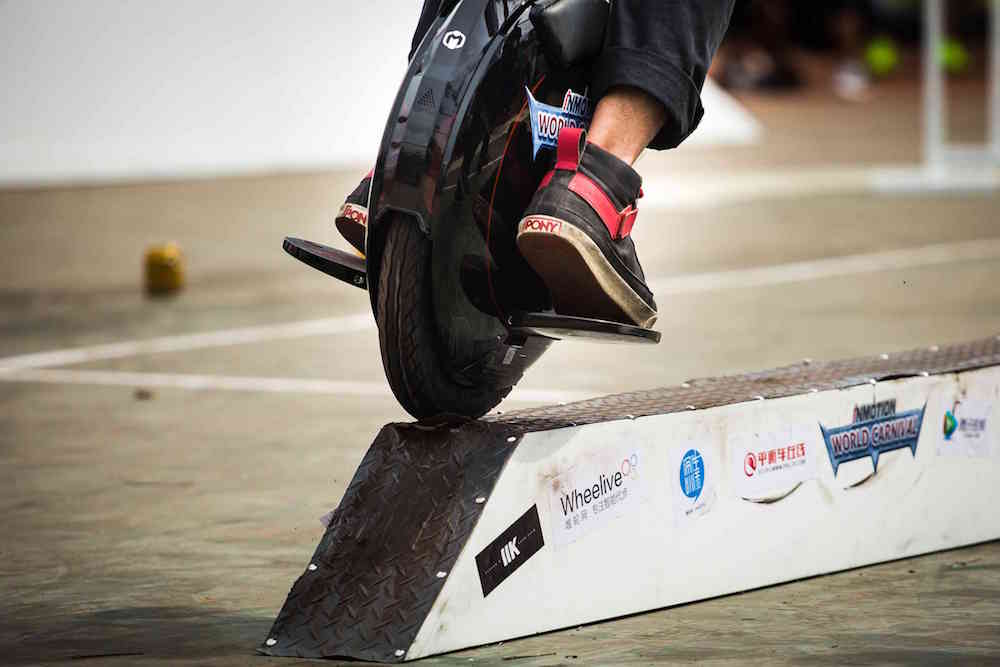 Live my life· INMOTION World Carnival of China starts in Shenzhen Bay Park on 2nd July, As the first stop in mainland China, the competition gathered super players from southern China. And they brought a fantastic performance for the spectators.

This competition is divided into two parts which are individual race and figure unicycle show. For individual race, players should pass through ten obstacles such as straight driving, slope test, fancy slalom and road barriers. The fastest person would win the championship and gain RMB 5000 cash and INMOTION unicycle V5.

What’s more, for second part, players can choose to participate in the form of individual or team. Every player has 3 to 5 minutes to show their talents and judges select the best one. Winner can receive INMOTION self-balancing scooter R1N which is worth 9980 RMB.

Besides the competition, the sponsor INMOTION also cooperate with Uber, Red Bull, Douyu live streaming platform, Wheelive, EulerSpace and many other brands to bring a colorful  carnival to Shenzhen citizens. 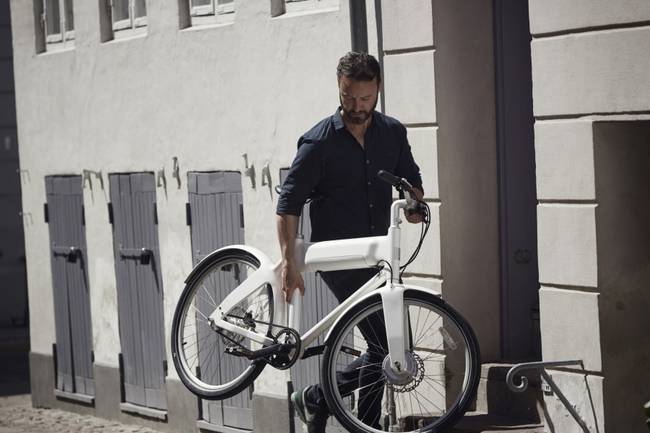 With a lightweight carbon fiber frame, integrated fenders, and a belt drive, the OKO is chock full of useful design features without sacrificing style.

Danish bike company Biomega has just added another option to its stable of electric bikes, and this time it has upped the ante yet again for the lightweight urban ebike market, with its OKO model that weighs in at just 41 lbs (18.6 kg). The Biomega OKO pedelec (pedal-assisted electric bike) is built on a carbon fiber frame and fork, and instead of offering an essential commuter bike feature – fenders – as an add-on or afterthought, this bike is designed with integrated front and rear fenders, which are designed to minimize the effects of riding in inclement weather.

The OKO’s electric drive comes in the form of a front wheel hub motor, rated at 250 W (350 W for the US market), and is powered by a 36V, 9.9 Ah lithium-ion battery that is actually embedded in the top bar of the frame, which, other than looking a lot larger than the one on a standard bike frame, allows the bike to be virtually a ‘stealth’ electric bicycle, as it lacks some of the signature features of many first and second generation electric bikes (such as an external battery and motor. The bike’s design includes the routing of many of the cables through the frame itself, which gives it a much cleaner look, and may extend the life of those components due to being less exposed to the elements.

According to Biomega, the OKO has a top speed of about 20 mph, with an estimated range of somewhere between 25 and 40 miles (45 – 65 km), depending on how and where it’s ridden, with a recharge time of about 6 hours when completely ’empty’ and about 2.5 hours for a half charge. The bike has front and rear hydraulic disk brakes for maximum stopping power, and is available with either a SRAM automatic 2 speed or Shimano Alfine 8 speed gearing, which is driven by a carbon belt drive (which eliminates the greasy pants/leg issue, as well as reducing the chances of experiencing the dreaded chain-hop when you least expect it). The bike runs 26″ tires, and is available in three frame sizes (45cm, 50cm, or 55cm) and two colors (silver or white).

One aspect that I really like about this bike is its simplicity, with no extra widgets or dashboards or apps needed to ride it, so the rider is solely focused on the road. However, the lack of an easily visible battery monitor may mean getting caught unaware on the other side of the city with a dead battery (good thing it’s a bike and can be pedaled manually, eh?). It’s also very similar in overall design to most other modern commuter bikes, which might help it get overlooked by thieves (although it’s easy enough to tell that it’s electric with a closer look).

The OKO, which a writer for Bloomberg dubbed “the perfect bike for city commuting,” certainly looks like it’s a well-designed ebike, although it seems a bit of a stretch to call it the perfect choice. For one thing, it appears that the battery isn’t easily removed from the frame (although perhaps it is, and it’s merely an oversight on the marketing materials), which means the entire bike has to be near an outlet to be charged. For another, there aren’t any lights on the bike, which many bike brands are starting to include on their models, and which are essential commuter accessories, and there doesn’t appear to be any power out ports to route electricity to a lighting system or any other bike gizmos. And for a hat trick of weak points on the OKO, there isn’t a rack on it (a small one is available separately), nor does there seem to be any way to attach panniers to it (barring the rider drilling lugs into the fork/frame, which is probably ill-advised), which means that the rider is stuck carrying everything on their back.