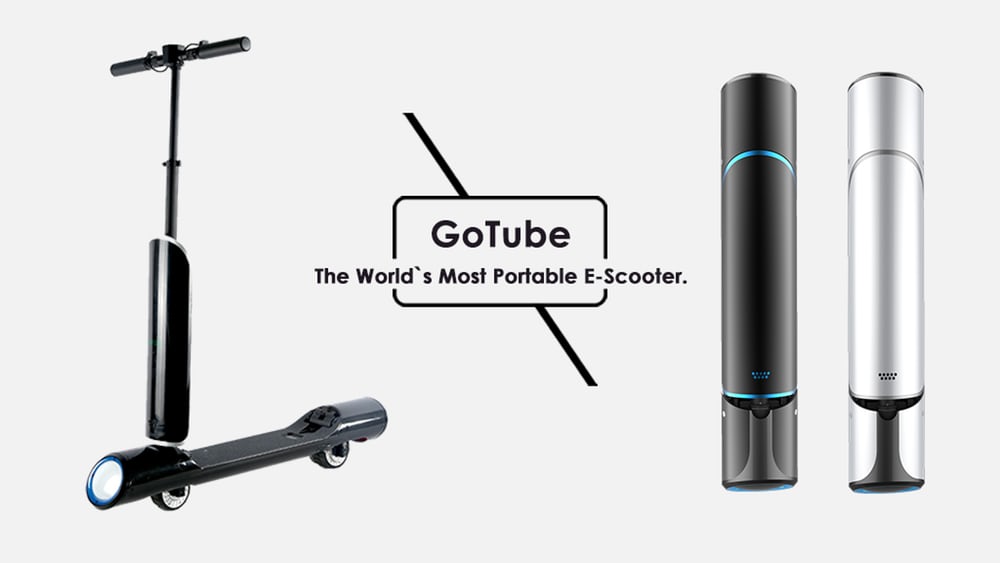 There’s no shortage of folding electric scooters on retail and crowdfunding sites. Some fold in half for carrying on and off public transportation and in and out of buildings, while others fold and trolley along by their wheels. The GoTube provides an even cleaner, more portable solution, folding into a smooth cylinder for strapping over your shoulder or carrying under your arm.

Other compact folding scooters, electric and manual, can be folded and carried, shoulder-bagged or strapped directly over the shoulder easily enough. The GoTube simply has smoother packaging. Instead of leaving dirty tires spinning next to your clothing, or putting a big awkward carry case over your shoulder, the package folds up neatly into an easy-carry tube that measures 29.3 in (74 cm) long by 5.4 in (14 cm) in diameter.

The GoTube’s handlebars slide away into the front body, which in turn folds down flush on the foot platform. The wheels retract up into the smooth cylinder, which end up looking like it might contain architectural blueprints instead of electric scooter hardware.

With its 12.8-lb (5.8-kg) carbon fiber construction, the GoTube is light enough to carry under your arm, and it comes with a shoulder case to boot. Either way, all the components are tucked neatly into the housing, so there’s no worry about jabbing yourself with a handlebar or inadvertently getting unspeakable city debris all over your T-shirt from the tires. 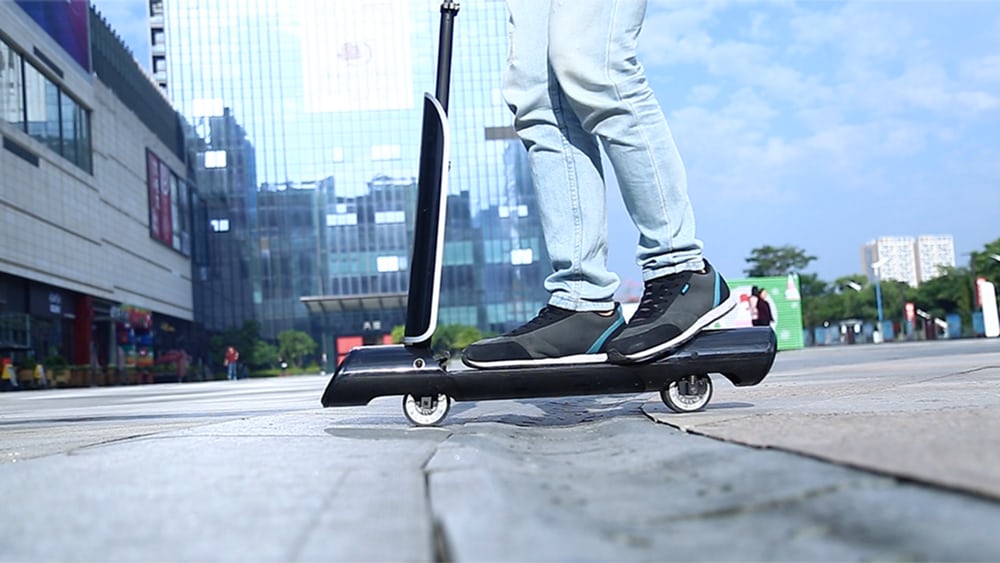 The GoTube’s small packaging does limit the size and potency of its electric powertrain when compared to many other e-scooters, but it still offers more than enough juice to complete the last mile – the last 7.5 last miles (12 km), in fact. According to its designers, the 120-W motor offers speeds up to 10 mph (16 km/h) through its two-speed gearing and will push the stand-up two-wheeler up inclines of 10 degrees. The front and rear wheels look like they’d get eaten whole by any pothole, but they do have shock absorption for smoothing out smaller bumps and impacts. 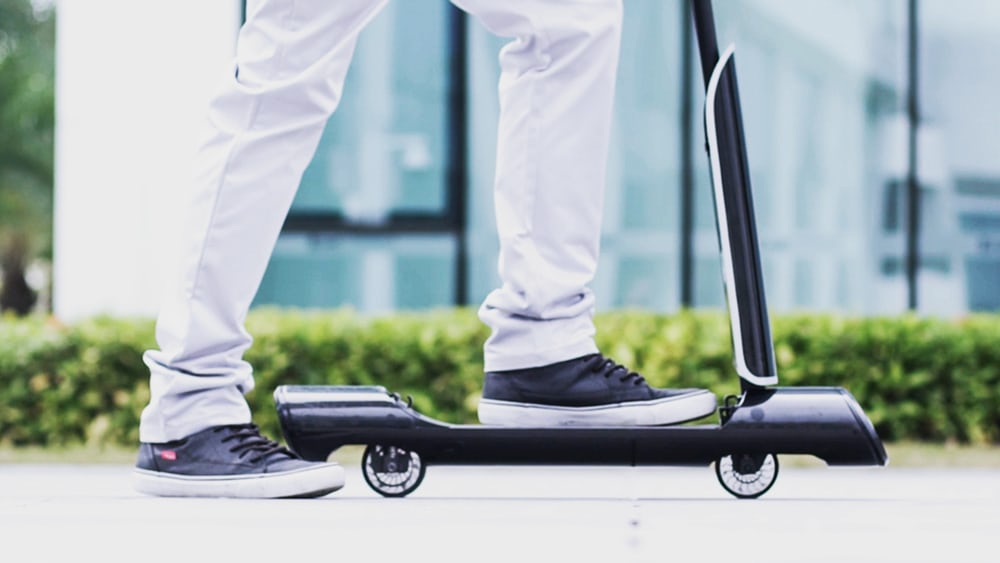 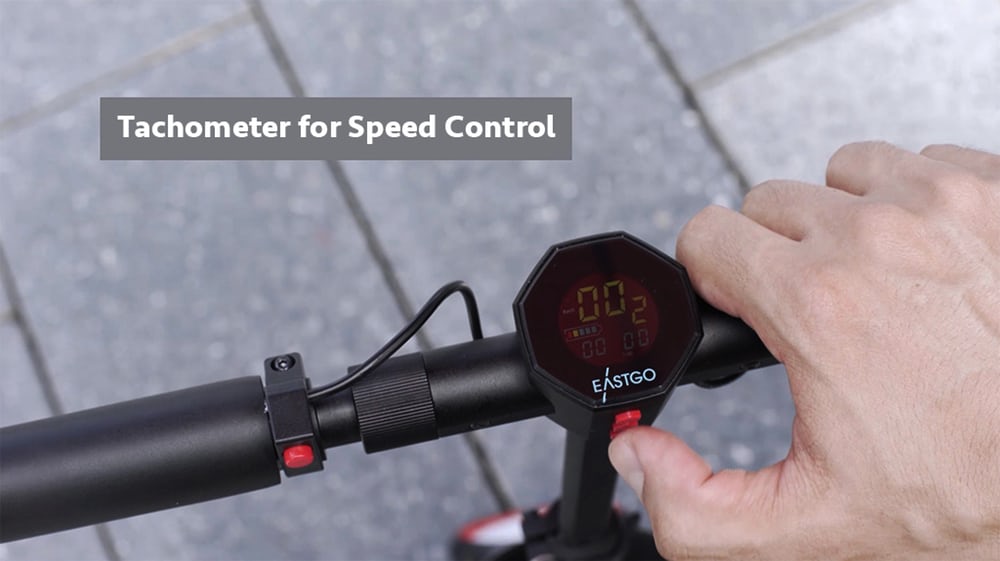 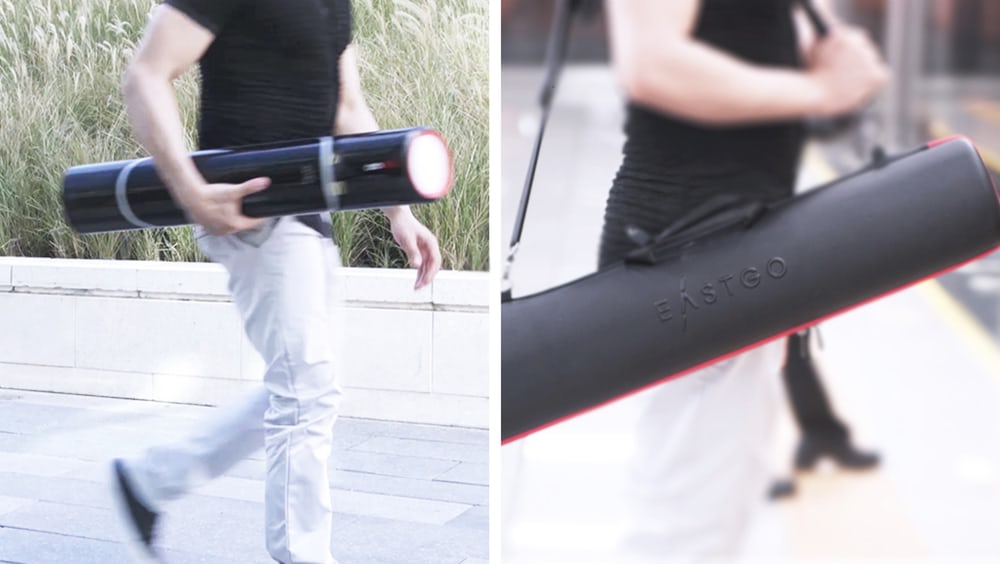 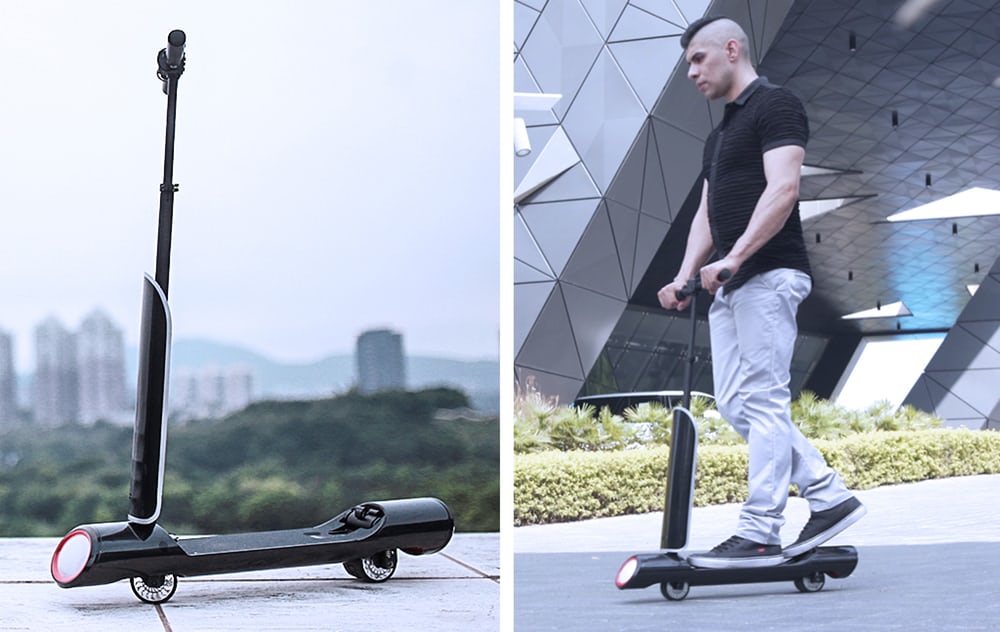 The GoTube’s 4-Ah, 36-V battery charges in about two hours and also powers a basic central display on the handlebars and an LED headlight in the front end of the cylindrical lower body. The scooter also includes a USB port for charging gadgets.

Those small wheels and compact foot platform don’t look like they’ll add up to the most comfortable ride, but we guess that’s the payoff for the light, portable design. The GoTube can carry riders up to 330 lb (150 kg).

The China/Hong Kong-based team behind the GoTube is hosting a Kickstarter campaign now, offering the scooter at an early bird pledge level of US$299, which is an estimated $200 off retail. It’s already rounded the corner on double its $20,000 goal and has more than 40 days left to go.

The fat tire is much better than thin tire, it is special made for big guy, feels like you are riding a 14inch wheel, not a small 12 inch wheel. better ground clearance (trafficability).