It’s no “Back to the Future” hoverboard, but the Gridboard on Indiegogo is one futuristic-looking device. Everyone knows what a regular skateboard looks like — essentially a plank with rounded ends and four wheels underneath. The Gridboard has four wheels and a recognizable silhouette, but the rest of the longboard looks like a flattened, see-through honeycomb. 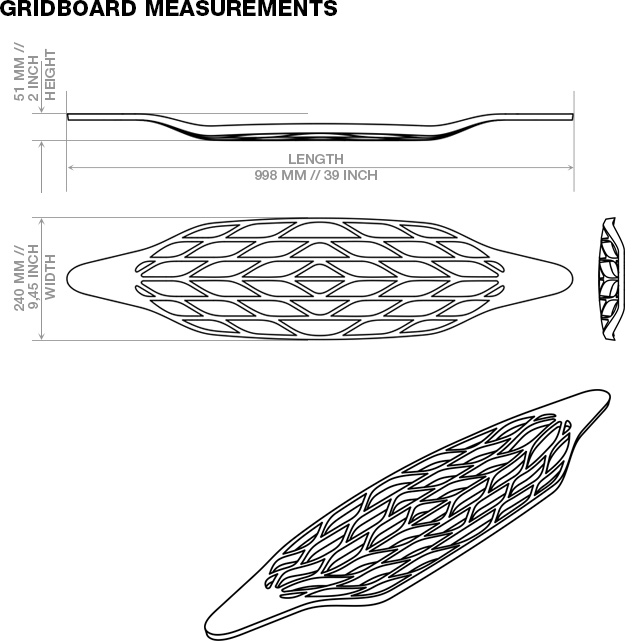 The graceful shape of a leaf inspired the Gridboard pattern. Each one is made through a painstaking process of laying carbon fiber into a wood mold. The campaign is aimed at raising funds for tooling and materials to speed up production. 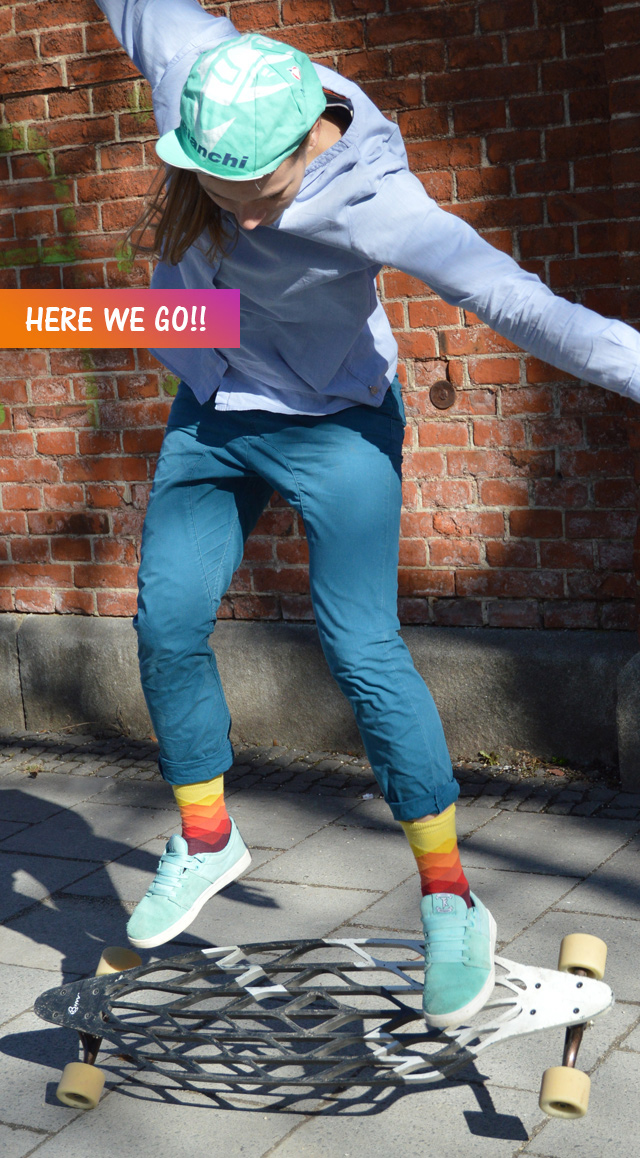 Carbon fiber is both strong and flexible when under stress. The Gridboard team says you could put a car on one of its skateboards and it won’t break.

It’s not just the material and look that makes the Gridboard different. The 39-inch (99-centimeter) skateboard is designed to dip down from both ends. It also has a concave center, making it a bit like a potato chip. The idea is to give the board strength and the rider stability. 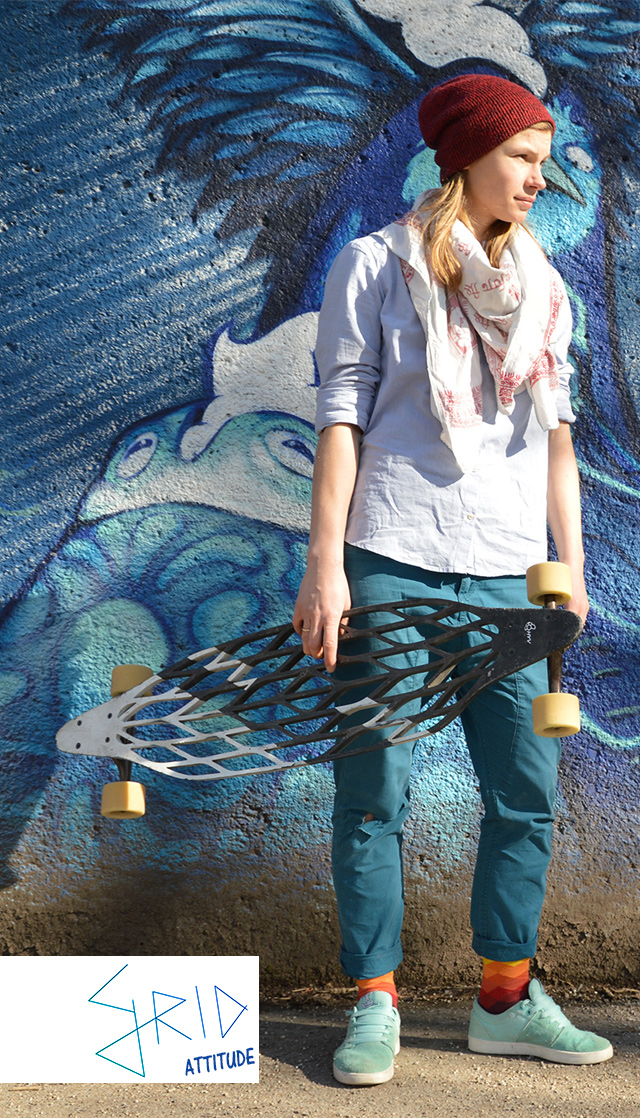 We’ve seen some oddball skateboards around here before, including electric skateboards and a post-modern skateboard with two unconnected wheels. If the Gridboard delivers as promised, it’s shaping up to be both beautiful and functional and may appeal to skateboarders who want to carve and ollie on a piece of rolling art.