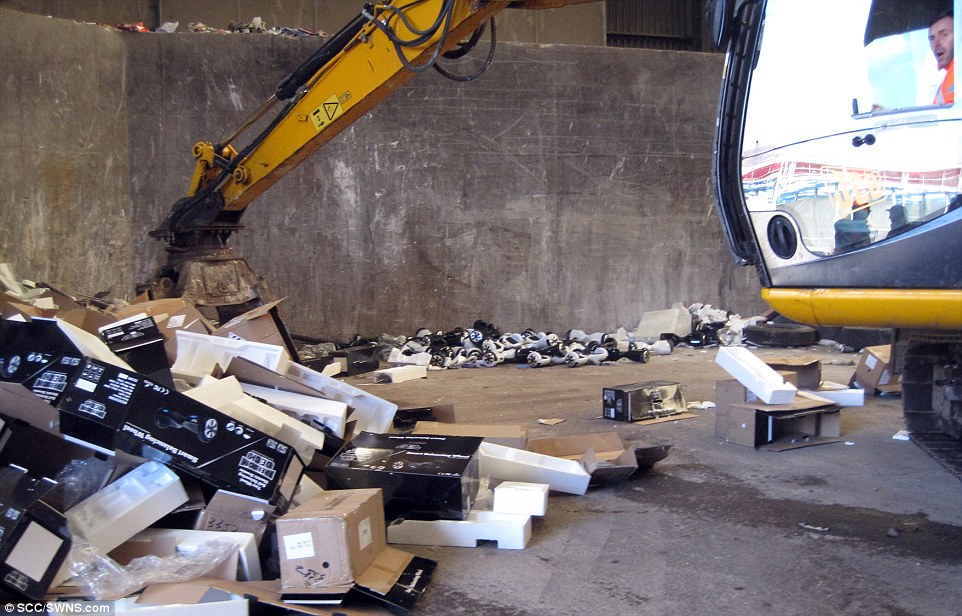 Authorities destroying scores of dangerous hoverboards were forced to run for cover – when they set on fire.

Trading Standards officials took the 90 devices that were imported into the UK from Hong Kong and destroyed them.

After electrical testing the boards were found to have defective battery packs and other faulty features which could have led to them catching fire or exploding without warning. 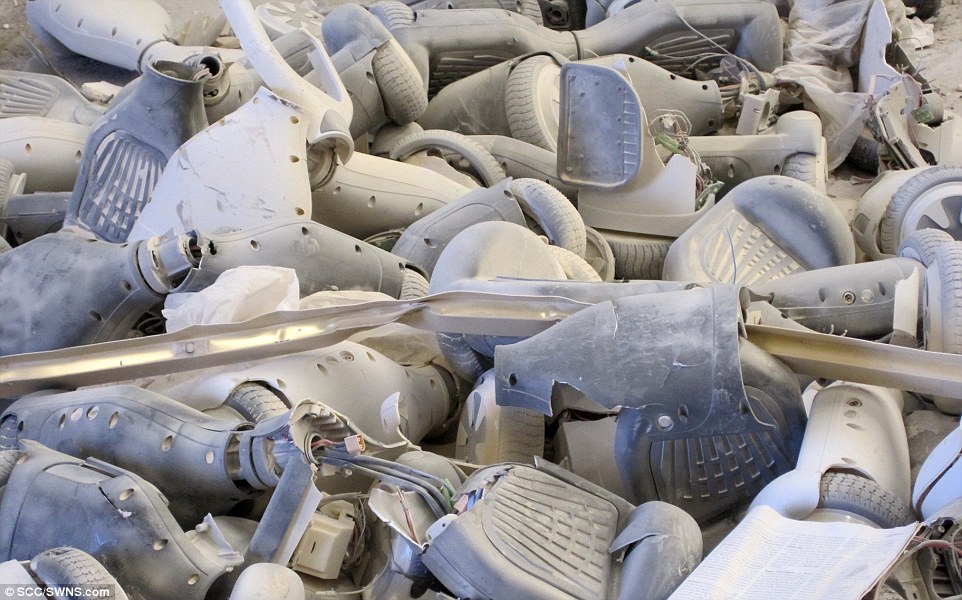 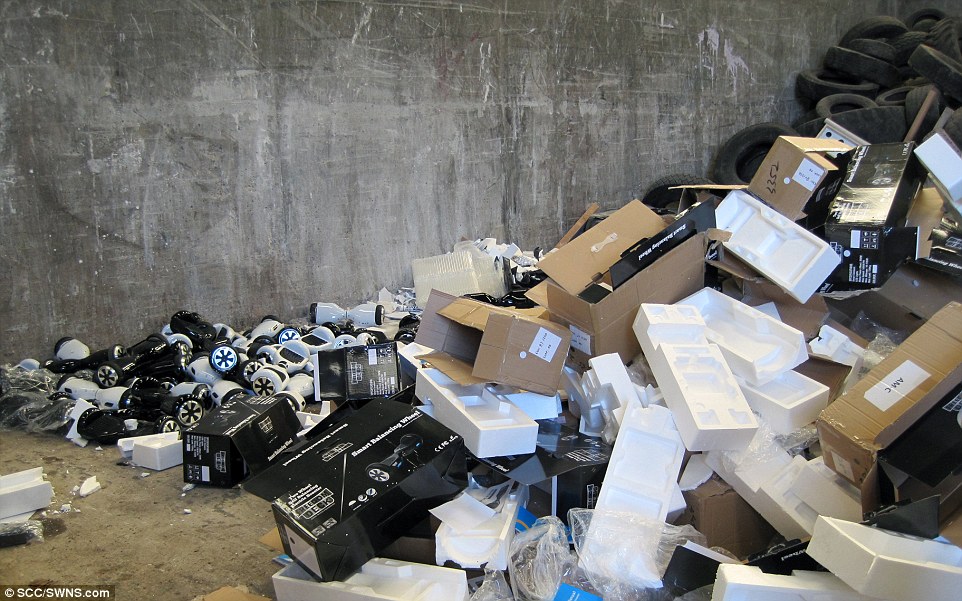 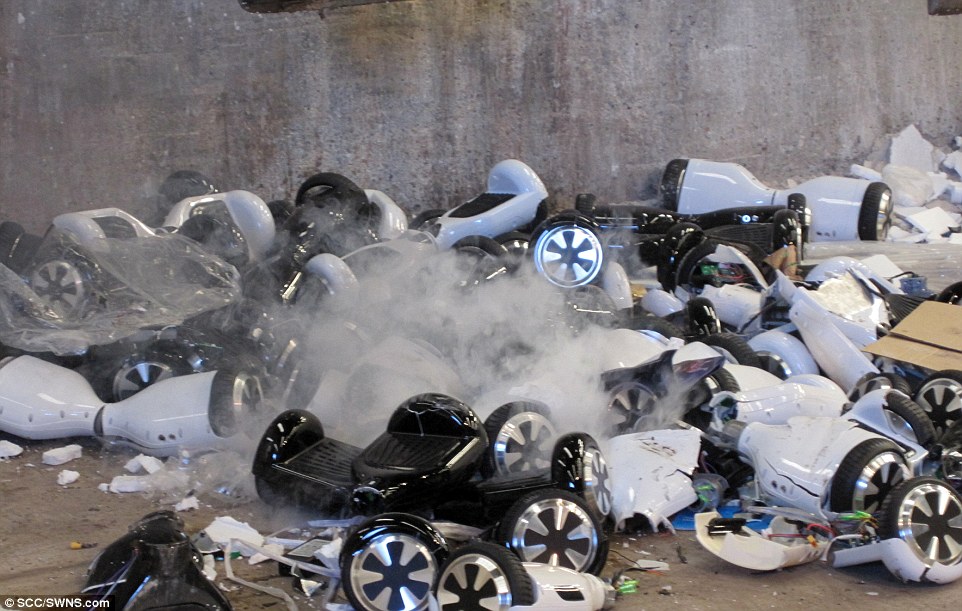 The £7,500 consignment had been brought into the country via Heathrow Airport and sent to an inspection point in Surrey where officers with Buckinghamshire and Surrey Trading Standards found possible problems with the boards.

A further haul of 50 hoverboards, also brought in through Heathrow, has been impounded by trading standards officers while investigations continue.

The gadgets have been plagued with warnings over safety after a number of hoverboards have blown up when plugged in to charge.

Online retailer Amazon has told customers who bought ‘hoverboards’ to throw them out after concerns they can catch fire and Trading Standards officials revealed that 80 per cent of hoverboards are unsafe. 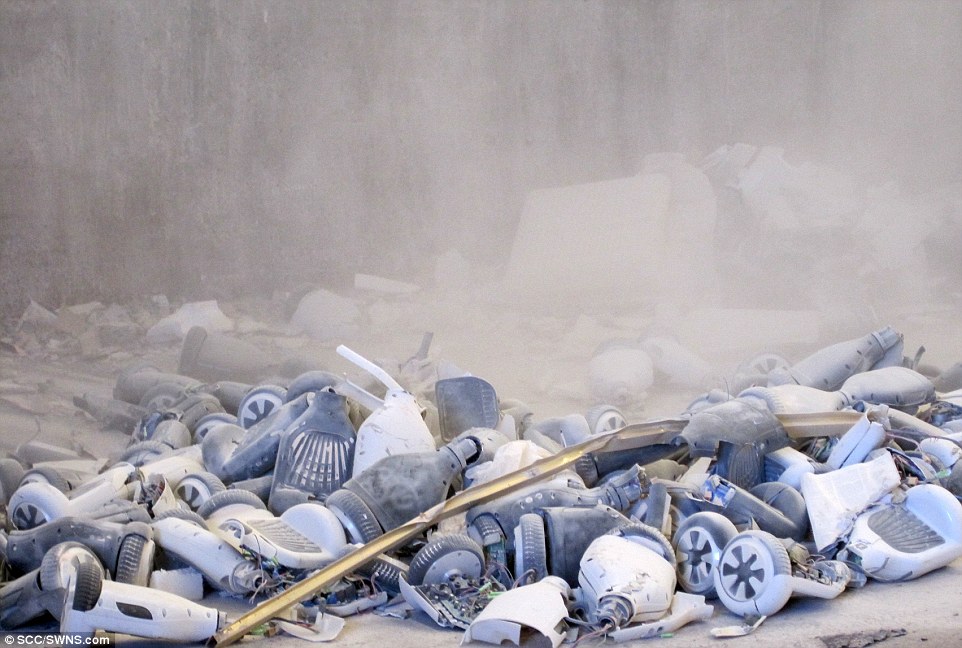 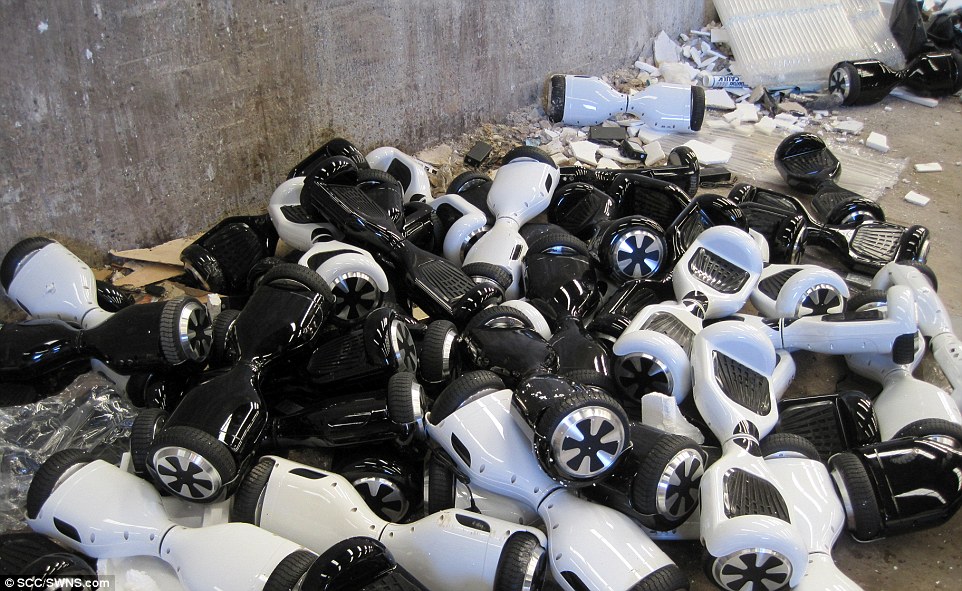 More than 32,000 hoverboards were held at the UK border in December after they were deemed not safe to use.

Boards with low quality batteries are feared to be prone to exploding, with fires said to have been caused by batteries in cheap models bulk produced in China then rebranded in the UK and US.

National Trading Standards said more than 38,000 hoverboards had been ‘subject to intervention’ due to safety concerns, and more than 80 per cent had been assessed as unsafe.

They were even banned from being used in Windsor Great Park by the Crown Estate in line with the Crown Prosecution Service’s guidance, according to The Sun.