Through creative visualization has helped us explore the reaches of space, put powerful computers into our pockets and design some bad-ass car concepts. There’s always been a seed of futurism in automobiles: Manufacturers and hobbyists alike have been crafting unique vehicles for decades, sometimes to test out fresh, new tech and other times to indulge in space-age fantasies. 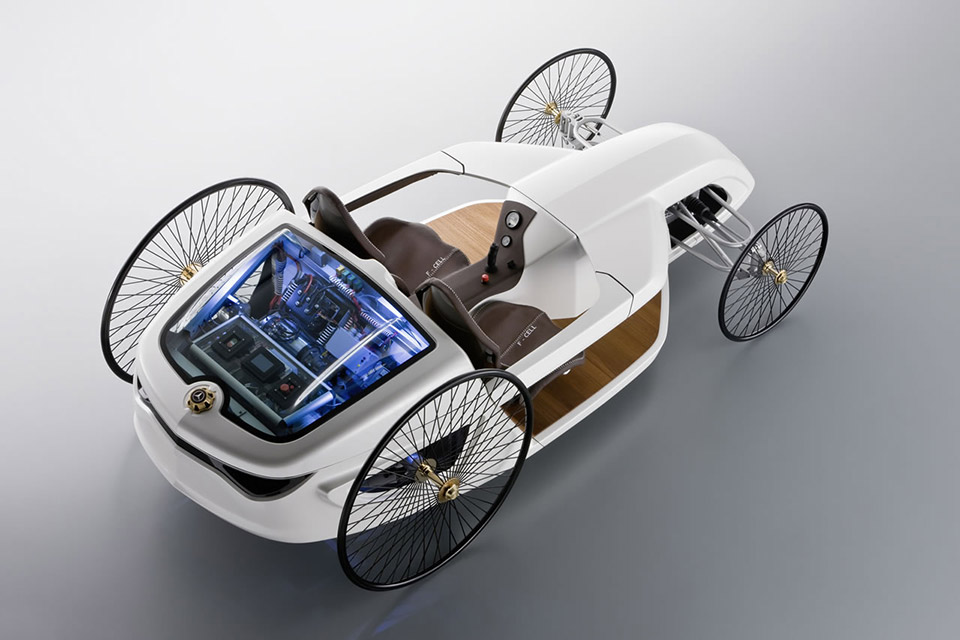 Mercedes-Benz F-Cell Roadster
Daimler revealed its F-Cell Roadster concept in 2009, which culled design flourishes from several eras in automobile manufacture. Its most functional feature was a 1.2kW hybrid drive, allowing a top speed of only 15MPH, but with a range of 217 miles. The fiberglass front and seating were both influenced by Formula One racing, while many other touches reference a classic Benz Patent Motor Car design.